A Roth IRA which is commonly termed as an Individual Retirement account refers to a common retirement plan which is not taxable under the U.S laws. It derives its name from Senator William Roth and falls under the Taxpayer relief act of 1997. Roth IRA stamps its authority over other plans because of the multiple advantages of contributions not being tax deductible and qualified distributions being tax free. It permits to save money and use it after retirement. In short  a Roth IRA can be referred to as a retirement account and moreover no interest rates are attached to them. In a normal investment account there is every likely hood of being taxed twice (double taxation) whereas in Roth Ira there is no possibility of this phenomenon occurring.

IRA can be in the form of investment in securities, mutual funds ,or an individual’s retirement annuity. The growing popularity of this concept is due to the fact that there are fewer restrictions  on investments  being made. Summarising some of the premier  advantages of the Roth IRA is that it can be drawn tax free any time, does not  require distribution on the basis of age factor and has a higher contributional limit than the traditional IRS. Now coming to the other side of the coin the Roth IRA has some loopholes too like  the eligibility to contribute eradicates at certain designated income levels, it is generally ascertained that it does not reduce a taxpayer’s gross adjusted income and the perceived tax benefit may never be realized . The general contribution to Roth Ira is highlighted by the pattern which is limited by the amount ($5,000 for the tax year 2010 and — $6,000 if over 50 years of age)

Before opening a Roth IRA account it is recommended to take certain steps. Primarily it is a pre requisite to set aside some amount of cash in case of certain unforeseen emergencies. Secondly where to open the account is also a factor which needs to be addressed in detail. Lastly but not the least important factor is the rates offered by the different financial institutions should be taken into account also. The common places where the Roth IRA can be opened are banks, mutual fund companies, insurance companies and brokerage firms which are listed in their order of preference. Deriving the best form of the best IRA does not mean choosing the one with the best interest rates but the one which  suits us. From all the conclusions and analysis of the Roth IRA it is  evident and can be ascertained that it scores over the traditional IRA;s in spite of certain minor deficiencies but it has to be studied and chosen carefully. 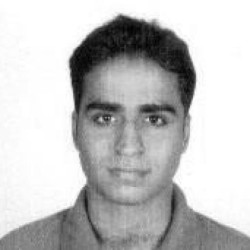 Ajay Janardhanan
Research analyst at Project Guru
Ajay Janardhanan is an opportunist with an ability to transform words into creative writing. Ajay has been working in the field of corporate sales in both national and international companies for more than 6 years now and is a former fellow of Calcutta University in the field of Finance .

We have been assisting in different areas of research for over a decade. We start by preparing a layout to explain our scope of work.
Order now
LITERATURE REVIEW HELP