The globe’s largest steel company, ArcelorMittal (previously known as Mittal Steel) finally emerged victorious in its bid to acquire Arcelor in the year 2006.In a highly fragmented steel industry with the top 5 companies controlling only 20% of the business and being subjected to exploitation by the raw material and commodity producers with top 3 iron ore companies controlling 70% of the business as well as the consumer companies with top 5 automobile firms controlling 70% business, both the companies viewed consolidation as the critical success factor for the global steel market (Ashutosh, 2009).

The most definitive benefit that has been derived from this merger is the increment in the value of the steel assets worldwide and AreclorMittal has emerged as one supergiant with almost no competition from others for many years to come (SteelConsult International, 2007). As per SteelConsult International, (2007) the merging of the top 2 players in the steel market implies a 14% global market share in the next 10 years, which when compared to the top players of other industries is much less. It is believed that this deal would create global leadership in steel not just by tone but also by value (Arabinda Kar, 2009). Also, the merger is believed to help contain the volatility of prices in the steel industry (The Economic Times, 2006). Another aspect of the merger is that it will foster the consolidation in the global steel industry and hence, steel producers will be able to maintain consistent performance through higher efficiencies and economies of scale (Anon., 2008). Aditya Mittal maintains that this merger is expected to reshape the global steel industry and the financial strength of the entity will support continued investment and growth initiatives. He also believes that ArcelorMittal will be able to meet customer requirements in a better fashion through broad product offering and will lead in technological advancements (Javed Sayed, 2006).

But this merger has awakened in the other players a need to pursue inorganic growth more aggressively and strategically. Such players are now faced with powerful competitor (ArcelorMittal) whose activities show an inclination towards not only horizontal expansion but also to expand vertically over the entire supply chain. Thus, it can be believed that the global steel market can now be faced with a stream of hostile takeovers. At present, one can expect the consolidation to benefit the steel industry worldwide but in future whether this will lead to imperfect economic market conditions such as being oligopolistic in nature or highly skewed monopoly remains to be seen. 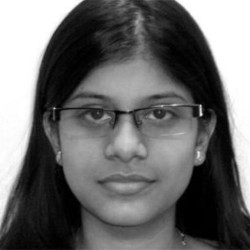 Shreya Garg
Shreya is an MBA graduate from ICFAI Business School Hyderabad. She is also a graduate in Economics (Honors) from University of Rajasthan. Apart from her contribution towards writing for Project Guru, she is an Assistant Manager at ICICI Bank, Jaipur. She is an active writer at Project Guru for academic papers as well as Knowledge Tank. In her free time, she likes to read and dance.

Latest posts by Shreya Garg (see all)
mergers and acquisitions