Project scheduling involves completing a project within the stipulated period of time. It involves the use of tools that communicates; what work needs to be done and what resources would be used while performing the work. Project scheduling is managed by project managers whose work is to plan and implement their ideas to ensure the project is being completed successfully (Franck, Neumann & Schwindt, 2001). Without a well-planned schedule, it can be hard for the manager to communicate necessary efforts that are required to deliver a project. Resources within a given project include both capital and non-capital resources, essential for the completion of the project. The manager may decide to use certain project scheduling software to tap all the things in one file which can be reviewed from time to time (Franck, Neumann & Schwindt, 2001).

Sprecher, (1994) explains that software allows the project manager to keep a real time track of project schedules,  budgets and resources. It also allows team members to view and help them make changes or update, if needed. This helps to unite the team members and keep them informed about the status of a project.

The first attempt at project scheduling was initiated by Kelly and Walker in 1956. They developed an algorithm that acted as “Activity-on-arrow” for DuPont. This program that they had developed was first implemented on a plant shutdown project in the year 1957 and it was successful. A lot has been written about project scheduling but the first article was published in year 1958 (Neumann & Zimmermann, 2000).

Program Evaluation and Review Technique (PERT) is another tool used in project scheduling. It is more preferred than any other tool as it can deal with uncertainty.  According to Hua, Wang & Heijmans, (1989):

“PERT was developed in the late 1950s’, around the same time with project scheduling but PERT was a bit late in its development.”

Its main feature is that it is a network diagram which has the capability to visually depict the major activities of the project and also the steps to be followed to achieve the set objective. It was first made for the U.S. Navy’s Polar project that had thousands of contractors working on a project. It was meant to unite them all and also to help them to deliver the project in good time.

The evolution of scheduling has been almost the same with that of computers and has mostly been influenced by the revolution of computers. In 1980s’, there was great improvement in the computer era and this also had an influence on the overall quality of the project scheduling (Kolisch & Drexl, 1996).

Further nearly two decades later, Gantt chart, another project scheduling tool was discovered by Henry Gantt in 1910, which is generally used for illustration purposes in the project scheduling. It is more preferred than PERT because one can easily link the resource required to complete certain tasks on the chart.  It has several functionality but in most cases it is used to illustrate the start and the finish dates of terminal elements and also produce a summary of the elements that will be required in a given project. It is an excellent tool used to estimate completion of the project and also its progress.  The Gantt chart mostly comprises of work breakdown structure. It shows how the work has been broken into several stages in which the work is supposed to be implemented.  In the modern Gantt charts it has some added features such that it shows the dependency structure of the activities that will be performed during the project (Clark & Polakov, 1952).

Completing a project to success

For any project to be successful, project manager must ensure that proper planning is done and also all the team members are aware of the part they are supposed to play in order to make the project a success. It is therefore advisable for them to take all the necessary measures and use most recent software for the successful planning of the project.

Below is a comparative table showing when the project scheduling software was developed, their structure and special features. 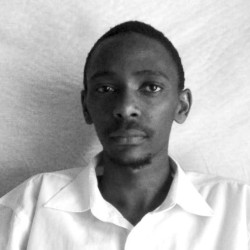 DANIEL WAMBUGU
Daniel is a code wrangler in Computer Science at Multimedia University of Kenya. Writing has been his passion and when he is not busy with his studies he makes use of his leisure time by contributing to the knowledge tank. Every day he spends several hours critically evaluating articles and journals for his paper to get published. He campaigns for quality information and content in each and every paper he writes. He is also very social and likes sharing his knowledge.