Samsung is one of those companies which earned great benefits from digital innovation (Jaruzelski 2013). This character of marketing allows organizations to extend their business globally with the assistance of digital invention.

According to the survey report by Booz and company, Samsung obtains third position in the list of most innovative companies in 2013 after Apple and Google (Jaruzelski 2013). In 2012, Samsung reaffirmed its position as a market leader due to its innovation in mobile phones (Jaruzelski et al. 2012). Samsung’s remarkable achievements in the customer electronic space due to its digital innovations applied for different electronic products (Jaruzelski et al. 2012). Digital innovation placed Samsung in the first place in sales across the world in 2012.

Byung Chung Lee founded Samsung in 1938 which initially sold groceries and noodles. After the Korean War in 1969, Samsung group was re-established with Cheil Jordan and Cheil Mosik mill (SoungSoo Song, Euiheon Jeong 2013). However, due to the poor conditions in Korea after the war, Samsung competency was weak in technology and marketing. Therefore, Samsung started its business with assembled imported products. Before incorporating digital innovation, Samsung suffered with many crises such as low supply of imported components, production of bad quality products, least awareness of products etc. Lee, therefore, decided to incorporate digital marketing which will be crucial in the future with the advancement in technology (SoungSoo Song, Euiheon Jeong 2013).

In the 20th century, Samsung shifted its technology from analog to digital which enforced its growth (SoungSoo Song, Euiheon Jeong 2013). After the digital transition, Samsung reduced all its limitations and succeeded with the first executioner strategy to become the first in the market as a copycat of products. Samsung adopted digital innovation in the mid 1990’s to move its interest from specific end products to introducing one of the components in the finished goods (SoungSoo Song, Euiheon Jeong 2013).

According to the report of 2012, Booz and company researched that every company is now using a three innovation strategy model which are:

Need seeker companies generate needs for their customers by introducing new products in the market and enforce customers to engage with it for fulfilling their needs. Market reader companies closely analyze their customers, competitors and markets to introduce innovative products which would help them to create value. Technology driver companies focus on creating more technological and innovative products by technological investments for creating incremental change (Jaruzelski et al. 2012). Samsung is using these innovative strategies as a tool for its rapid growth.

Digital marketing has become an expensive process for companies as it requires, digital ads which are expensive, supporting agency for the employee for the work that cannot be done by them, training and development cost, and replacement cost.

Most of the companies like Samsung are now outsourcing their digital marketing process to different agencies (Nicolò Galante, Cédric Moret 2014). According to the Mckinsey Company, companies always require new talents for some specific digital activities such as content design, digital strategy implementation and providing training to the current staff which is also not worth the expenses they incur. Therefore, they outsource their tasks to agencies for better, faster and cheaper results. 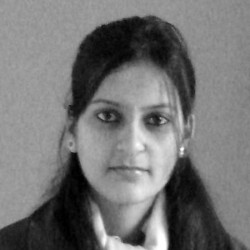 We have been assisting in different areas of research for over a decade. We start by preparing a layout to explain our scope of work.
Order now
LITERATURE REVIEW HELP