The Coal Scam or the “Coalgate” scandal has marred India’s reputation as a thriving economy yet again and exposed the magnitude of irregularities in the management of key reservoir of natural resource- Coal in 2012. India is one of the biggest coal producers in the world with coal-rich states like Orissa, Chhattisgarh and Jharkhand. Coal can presently be sold only by state-owned Coal India Limited (CIL) which sold the largest quantity of coal, 435 million tons in 2011-12 (Srinivas, 2012).

The beginning of a dark future from the coal scam

India’s growing electricity consumption was posing a problem for the government as coal production for creating thermal electricity seemed deficient. After coming to power in 2004, the then UPA Government intended to enhance India’s power production and realized that coal produced by CIL is insufficient for the aim. Thus, the government instigated allotment of more mines to both private and state-owned players who utilized the coal for generating power for themselves. The irregularities unleashed by the Controller and Auditor General (CAG) of India accused the ruling government that these allotments were done in a random manner, evading the legislation of auctioning them fairly and allotting it to the highest bidder. The report prepared by government auditors got leaked in March 2012 and assessed that the losses from this capricious functioning was nearly USD 210 billion (nearly Rs 126 lakh crores). During 2006-2009, mining licenses of coal blocks were allotted as 75 to private firms and 70 to government enterprises.

The Opposition party BJP blamed that most of the allotments were given to private entrepreneurs, most of whom were traders and not real users. Non- adherence to the protocols helped giants like Essar Power, Hindalco, Tata Steel, Tata Power and Jindal Steel and Power get coal blocks on mere nominations and no bidding (DNA, 2013). Intensifying the effect of the loss to the government, it was known that 58 companies were unable to develop their allotted coal fields. Out of 86 blocks, only 28 blocks were able to begin production as per schedule by March 2011. The role of Ministers of State is also under scrutiny and is expected to be tarnished. However, the finance minister, Mr P. Chidambaram defended the government stating that when the coal has not been mined, gains or losses are irrelevant. The news of scam created an upsurged rage across the country and severe demonstration on the streets. This scam propelled the tussle further between the government and opposition parties. During the investigation process, Indian Police conducted raids across 10 cities to comprehend the misappropriation in the allocation of coalfields. Even government officials and top-level officials of the involved companies are under scrutiny (Srinivas, 2012; India News Bulletin, 2012).

Like most cases, the litigation/ investigation for “Coalgate” is progressing at a very slow pace and is highly influenced by the bureaucracy and red-tapism prevalent in the country. It is a collective hope across the country that the truth comes to light and Indian politics gets cleaner for a better India.

Read about the reasons for the epic failure of India’s biggest coal corporation Coal India Limited. 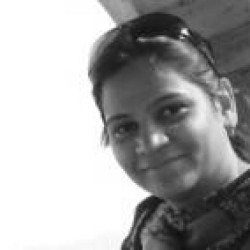 We guarantee plagiarism free work with attention to every detail of your dissertation. We take the utmost priority to adhere to guidelines and give rational judgment in the paper.
Order now
LITERATURE REVIEW HELP