South Africa prides itself for having the strongest and most stable economy in Africa.  Industry, manufacturing, mining, agriculture and tourism all play an important role towards the countries’ economies growth and creation of jobs. But the past decade has seen a sharp rise in the number of unemployed South Africans leading to major concerns regarding the nation’s future. With the nation having experienced serious political struggles and violence in past, the government must consider addressing the unemployment issues vary carefully to avoid it escalating in to an uncontrollable situation.

South Africa has several industries which creates many jobs in the country, the automobile industry accounts for 12% of the country’s exports and employs around 300,000 employees catering for manufacturing and sales amount other fields within the industry (SAAI 2013).

The tourism industry in South Africa contributes to 7.9% of the country’s GDP and caters to 8.3% of the jobs in South Africa. This labor force is distributed in all forms of tourism in South Africa including Wildlife, Business, Culture, Eco, Paleo, Adventure and Sports tourism (SAAI 2013).

South Africa is the 5th biggest mining country globally and produces Gold, Diamond, Chromite ore and Vanadium among other minerals. This industry also caters for a large percentage of jobs in the country and employs a workforce of over 1 million people (SAAI 2013).

South Africa is the 20th largest consumer of electronics with several major brands being manufactured in South Africa. The country has around 1000 software and IT development companies which contribute to around 10% of the country’s GDP (SAAI 2013).

Measures that can help combat the current crisis

With industrial expansion unable to cater for the ever growing number of people seeking employment it’s vital that the South African government and NGO’s consider promoting other forms of income generation to help boost self-employment which will further result in creation of new jobs. Micro-finance schemes are a viable solution which can be considered to reduce the unemployment numbers. Microfinance schemes can help people to start small business ventures which will create jobs for many others.

This strategy towards job creation has been adopted in other African countries like Kenya where micro finance companies have helped provide unsecured loans to unemployed people and the loans have been used to start small income ventures (FDSK 2012). With proper management, the scheme can help the unemployed people start up small businesses which will gradually grow and eventually contribute towards uplifting the per-capita income and job creation in South Africa.

With unemployment rates increasing across the globe due to the rising population, it’s vital to consider educating people on how to look at the unemployment scenario from a different perspective. Rather than wait for the government and local industries to supply all employment requirements, it’s vital to educate the public on strategies which will help them begin generating income. Whether we generate income from employment or through self-employment, the basic target is to increase each individual’s income which will automatically result in expansion and creation of more jobs (Renzy 2009). 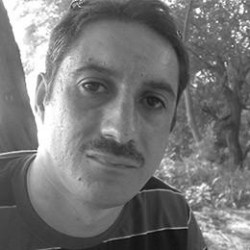