There are different types of research philosophy, which are described below:

Ontology is based on the nature of reality. It is classified on the basis of objectivism and subjectivism. The first aspect of ontology, objectivism portrays the position that social objects persist in reality external to social actors. Secondly, subjectivism is concerned on the social phenomena which are emerged from the perceptions and consequences of those social actors concerned with their existence. For example, the Filmfare Award ceremony is the high cultural experience which is organized by the Government of India. The government officials, ministers, celebrity of national as well as international level are invited in this programme. The researcher wants to the map the attitudes and temperament of this crowd which is spread over three days’ festival. The researcher adopts subjectivism philosophy to determine their temperament and attitude.

The philosophical approach of natural scientist is observed in positivism as the work of natural scientist is based on observable social entity. Research strategy is approached on the basis of data collection and hypothesis development. These hypotheses will be tested and confirmed which can be used for further research. Another feature of this philosophy is that the positivist researcher follows highly structured methodology in order to facilitate the hypothesis.Furthermore, positivism works on quantifiable observations and accordingly statistical analysis is obtained.

Realism is another philosophical branch of epistemology which relates to scientific enquiry. The core feature of realism is pertained to disclose the truth of reality and the existence of the objects are prevalent independently in the human mind. Realism is classified as direct realism and critical realism. Direct realism explains what is experienced by our senses and that are attained by the researcher. On the other hand, the critical realism expresses that what is experienced by our sensations those are images of the real world, not the reality. The difference between the two is that the first is related to the capacity of research what is studied and the critical realist recognizes the importance of multi-level study in the context of the individual, the group and the organization.

Interpretivism is a branch epistemology which is focused to the assessment the differences between humans as social actors. The issue of difference is emphasized on the difference between conducting research among people rather than objects such as medicines and computer. In this philosophy, interpretation of social roles has been presented with respect of own set of meaning. In addition, we interpret the social roles of others in accordance with our own set of meanings.

This approach is based on social life world and the difference between the earlier approach and interpretivist approach is that the natural scientists are intended for reliabilities of the data in order to infer ‘laws’ whereas the social science deals with the  individual’s actions. For example, in the organization, all the stakeholders’ approach is different and they act according to their interpretation. The interpretation regarding employee turnover of HR manager and trade union leader are completely different as they both belong to different social roles.

Axiology is a branch of philosophy which is concerned about judgments, aesthetics, and ethics. The process of social enquiry is involved in this approach. Researchers’ axiological skill is executed in order to make judgments about the research content and its conduct. For example, Researchers’ philosophical approach is reflected on his or her values as well as in their research work, especially in the area of data collection or data analysis procedures. However, this method creates impact in social sciences research.

For example, a study was conducted among customers of bank to determine their experiences of using credit card in terms of convenience, security, privacy and phone banking. The results of the study revealed that there was lack of communication strategies and absence of awareness level within the consumers, and that most of the consumers are not interested in this product. However, the bank authorities did now allow researcher to publish the findings. But the researcher and the respective organization must consider the ethical perspective of this issue for the welfare of the consumers.

PositivismInterpretivismThe observer interacts with subject being showed.Problems as a whole are clearly understood if the totality of the situation is projected.

Application of Research Philosophy in research

So we can say that the qualitative research is based on interpretivism and quantitative research is based on positivism. Positivists prefer to collect data about an observable reality and search for regularities and causal relationships in your data to create law-like generalizations whereas interpretivists intend to grasp the subjective meaning of social action in order to conduct research methodology. 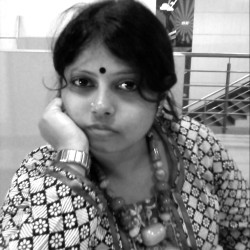 Susweta GuhaThakurta
Analyst at Project Guru
Susweta is Post Graduate in Human Resource Management. Apart from her Master’s degree in management, she is PG diploma in Mass Communication. She is currently working on her doctoral research on “People diversity in hotel industry”. She is keen to take challenging projects and loves to read and write. Being a Leo, she carries characteristics of a leader and intends to involve any innovative and promising initiative. She has several publications under her name and has presented her papers at national and international conferences.

We are a team of dedicated analysts that have competent experience in data modelling, statistical tests, hypothesis testing, predictive analysis and interpretation.
Order now

With a pool of talented subject matter experts, we are devoted to solving complex problems. We can help from Literature Review to Hypothesis testing.
Order now

We have been assisting in different areas of research for over a decade. We start by preparing a layout to explain our scope of work.
Order now
ARTICLE WRITING HELP

With a pool of talented subject matter experts, we are devoted to solving complex problems. We can help from Literature Review to Hypothesis testing.
Order now
THESIS WRITING HELP